Mid-March 2020, as I was following grocery trips with rigorous showers and collapses into bed, and as I constantly worried about my Dr. brother who was working in a Covid clinic, I also wondered  how my kids would continue learning and how I could live purposefully during such an unusual time? Somewhere in this brain stew, I was inspired to host weekly Creative Writing and Songwriting Classes for children ages 7-10. Even though I’d taught adults and teenagers over Zoom since 2014 (and taught in-person songwriting to children many times), I didn’t know how Zoom classes would fly with the younger kids. It went amazingly well! While it could’ve been better for singing, it was great for writing stories and songs. We played story writing and storytelling games. Some students made books and wanted to publish them!

We learned about the Hero’s Journey and our north star was having fun and cultivating respect & appreciation for others and their created works! The children even ended up leading creativity prompts that they made for each other! Parents reached out because some children wanted 1:1 songwriting lessons, so I said why not?! And so it began. I wish I could share these children’s songs with you! They wrote about their pets, favorite fruits, summer vacation, quarantine, nature and the meaning of life. They cut right to the heart! You may have heard one or two of the group songs on Facebook. One of my personal faves was “Stuff I Do When I’m Bored” where the children seemed to slowly discover, as the listed all the stuff they do, that they weren’t that bored after all 🙂

In May, I facilitated an ongoing hymn-writing workshop for the middle school youth at the UU Church here in Milwaukee. This was a gratitude-creating experience in which the middle-schoolers wrote an antidote to what we often experience in the media, a song called Kindness is Unstoppable!

When spring rounded into summer, Berklee College of Music asked me to teach three sections of Writing Hit Songs in cohorts of 10-15 teenagers each over 12 weeks. So many songs were written, and teens from all over the world, many of whom had been in quarantine for months, got a chance to connect with one another. 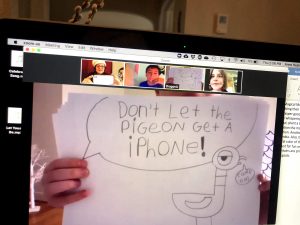 Soul Songs rolled into summer with the continued children’s classes, a middle school aged Songwriting Class and an adult Soul Songs 6 Week Course. The adults in our group showed so much empathy and support for each and they kicked ass on writing songs!

In terms of being an artist, well that was not as easy. I had just released my new album and accompanying storybook, To the Light, and like everyone else, my tour dates were cancelled. The 20-year Live from New York Reunion Tour was also postponed (although we just rebooked it for May 2022) and one of my favorite gigs, the Ann Arbor Summer Festival, where we often connect with many friends, did not happen.

But we stayed connected in other ways! I played online shows, two Live from New York livestreams and I hosted a weekly “To the Light” Book Club where we met and I played one song and read a story and then we all answered discussion questions and made sense of things together. This was a super bright light for me in a really dark time!!! Thank you for being a part of it. 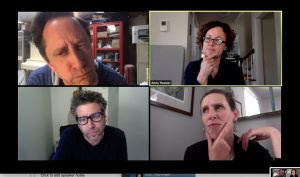 Live from New York being pensive

To the Light Album & Storybook

This Fall, I got a chance to to collaborate with SoulCall and facilitate a Sorrows & Silver Linings Songwriting Workshop. This was a ball. A group of about 15 adults created the beginnings of songs about their experiences of the pandemic during this 90-minute workshop.