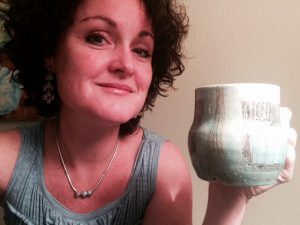 If you’re like me, you may encounter resistance every once in a while. Well, actually I encounter it all the time…in going to the gym, waking up in the morning, even sometimes in surrendering to sleep at night. Sometimes I really do feel like sitting down to write songs but other times I feel a strong resistance to it. Even though I know writing and making things in general makes me happy and even though I’ve put out six full-length albums to date and read “The War of Art” (if you haven’t read this, it’s awesome!) resistance still rears her head in my life!

The following video includes a couple of tips I use to work with my friend resistance 🙂
https://www.youtube.com/watch?v=oJ4XM6XBxmU&feature=youtu.be

Just yesterday I had set aside an hour and a half to work on some new songs for my next album. I was excited about it and then the time came. I had done all of my administrative-type work in the morning and my older daughter was now at school. It was my time to finally sit down at the piano! And then, something happened. My brain was like: “Well I should probably get a cup of coffee, I think I want to eat something, I should probably take a nap because I’m really tired, my brain was thinking of ANY excuse not to sit down at the piano. Why? I don’t know! My theory is that it’s my ego. My ego doesn’t want to sit down to write unless it is guaranteed an outcome and of course in the creative process you are never guaranteed a specific outcome 🙂

So what did I do to overcome this resistance? Well I tried two little tricks. One I coaxed myself by saying: “Anne if you sit down at the piano and find that after 10 minutes you aren’t having fun, you can forget it and go get that delicious cup of coffee. There’s no pressure to keep writing if it’s not fun.”

The other thing I did was I offered myself a specific reward. You could offer yourself anything you love. You could tell yourself you’ll get to go to the beach later, or read a chapter of your favorite book, or watch a silly movie later that night. I think I offered myself a glass of wine later that evening (even though I’m not much of a drinker) but for the younger writers, I’m sure you can think of something fun and appropriate!

Really adults (or at least this adult, a.k.a me) are like children. We need coaxing and help with transitions. In this case, transitioning INTO doing creative work.

Of course some part of me knew that once I sat down at the piano I’d get lost in the magic of music-making and the hour and a half would fly by. And that’s exactly what happened! I didn’t need to get up after 10 minutes, I forgot about the coffee (until later anyway ;-)) and  I had a joyous time working with my muse and almost finishing two songs. Later I still rewarded myself 🙂

Do you encounter resistance when writing or making things? If so, what do you do to overcome it? Please leave a comment and let me know, I’d love to hear your secret ninja moves!